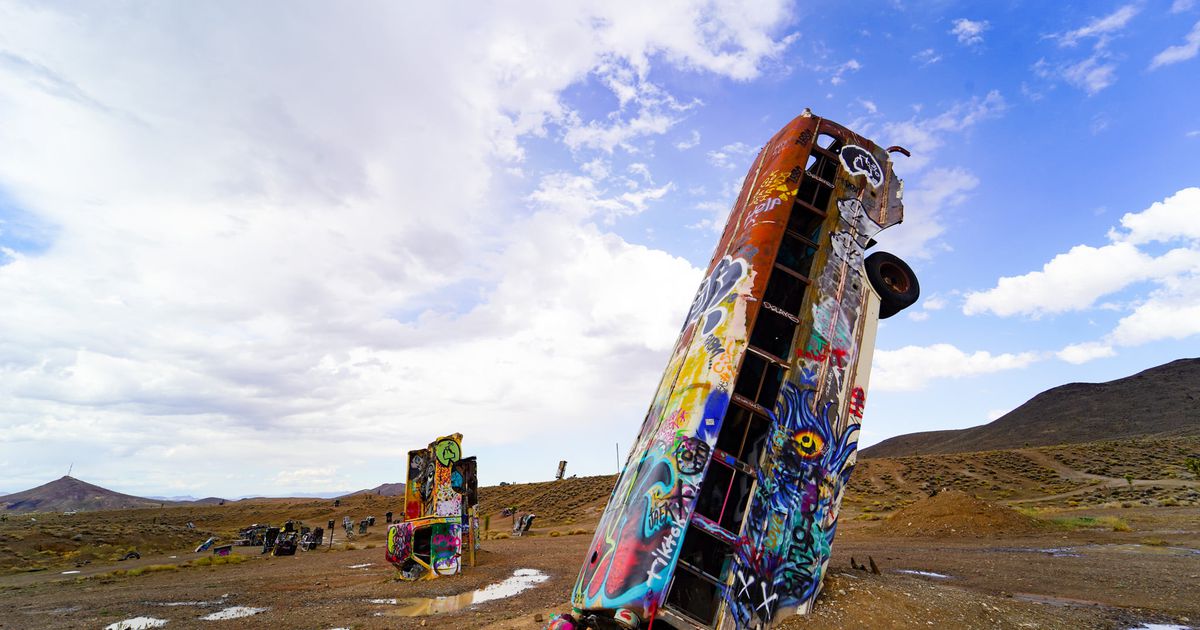 A journey through time in Utah

There were a lot of tourists, tight services, and Help Wanted signs everywhere.

By Dennis Hinkamp | Writers on the beach

Moab on a mid-fall weekday evening was full. All motels, RV parks and tent sites had â€œno vacancyâ€ notices. Every food supplier, from Denny’s to local and organic artisans, had limited hours and menus due to understaffing or food shortages.

At the southern tip of Utah, things got worse. There was no more avocado toast at the Kanab Creek bakery. On the news, vegans and foodies looked visibly pale. The staff feign patience. I settled for a coffee that, oddly enough, had just been roasted in the far north of the state, in Logan, Utah.

It looked like what travel has become these days – lots of tourists, strained services, and Help Wanted signs everywhere. And the weekdays didn’t seem primarily reserved for retirees. We arrived at Chaco Canyon National Park on a Tuesday afternoon and the campground was full.

Autumn was once the season of the shoulders, or at least the elbows; the kids were back to school, people were going to work, some campgrounds were closed, and some attractions were boarded up. In the few all-season campgrounds, you had your choice of locations. The abnormal pandemic problem has changed that, and now there are rearrangements everywhere.

Tanja, who writes it that way, let us get into Circleville, Utah, RV Park, and Kountry Store for free. â€œThis is my campground and I can do whatever I want,â€ she said before doing her rounds on her ATV.

The Cottonwood RV Park in Bluff, Utah, was not free and ready to close for the season. It’s near the Navajo Nation and a lot of people wore masks. Nancy, the manager, tells us from a safe distance that she personally knew 40 people who have died of COVID-19 in the past two years. She also gave us directions to the semi-secret petroglyph panels at Bears Ears National Monument; the same signs that the Friends of Cedar Mesa group wouldn’t mention.

Other things seemed normal. At the sound of accents on the sidewalks complaining about Utah’s coffee and liquor laws, tourists from Europe, Asia and Florida seem to be back. The Canadians were also back in their massive RVs, taking all of our prime campsites and feasting on cheap American electrical hookups at RV resorts.

Lots of people bought lots of decked out adventure vans and expensive travel trailers during the pandemic, likely so they could have their own bathrooms. Whether this will be a passing pandemic fantasy remains to be seen, but more and more people were taking the back roads.

Travelers through the rural west could still find unusual or sacred things of more recent history than petroglyphs. I wanted us to visit the ancient mining town of Tonopah, Nevada, not least because it was the end of the country song “Willin ‘” – “Tucson to Tucumcari, Tehachapi to Tonopah” is one of its lines. memorable.

As we wandered among the gravestones, we realized that the death toll from the current pandemic had historical echoes of loss. Unlike most cemeteries, Tonopah’s cemeteries not only indicate the year but also the cause of death. Historical society volunteers have told us that although tintype epitaphs are relatively new, they are reasonably accurate, based on death certificates and how death was described in the early 20th century.

Cemeteries often tell fascinating stories; he seemed to specialize in the hard facts about sudden deaths: a father died in a mine fire. Her daughter, born two months later, died after one day. I can’t imagine the grief of the widow and the mother.

I don’t believe in ghosts, just snatches of untold stories that leave you wanting more information. In another cemetery epitaph, “Life Became a Burden” was the only explanation for a woman’s death, the term being a euphemism for suicide about a century ago. She was 30 years old and had come from France to this remote city. What was she doing in Tonopah and how did life get so brutal? Only ghosts know the true story of these lives so quickly lived, just as quickly disappeared.

We moved to another small town, wanderers across the West and its ever-changing history.

Dennis Hinkamp | Writers on the beach

Dennis hinkamp is a contributor to Writers on the Range, writersontherange.org, an independent, non-profit organization dedicated to sparking a lively conversation about the West. He lives and works in Logan, Utah.