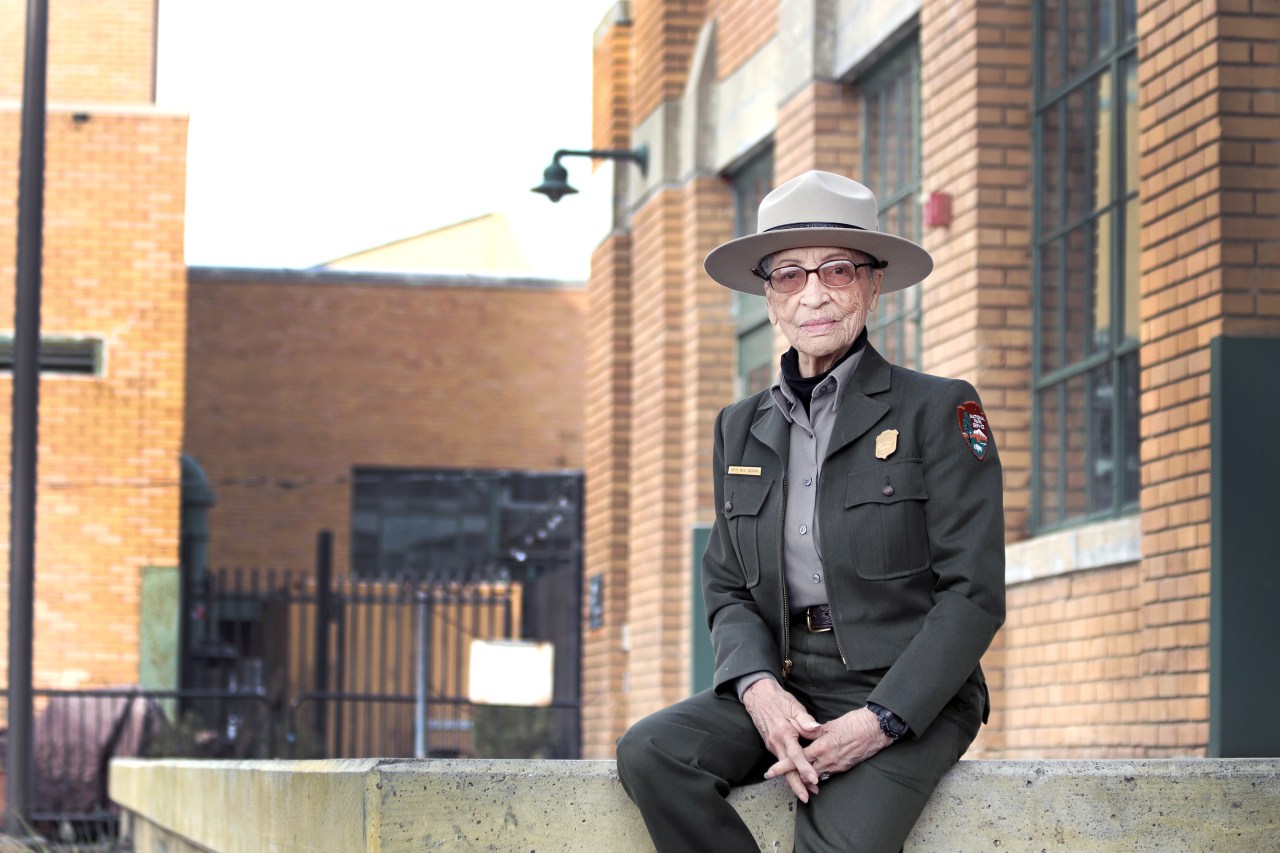 Over the past decade and a half, Soskin shared with park visitors her personal experiences and the efforts of women from diverse backgrounds who worked on the home front of World War II. She has led tours and public programs, sharing her experiences and observations at Rosie the Riveter WWII Home Front National Historic Park in Richmond.

Soskin, who celebrated her 100th birthday in September, spent her last day delivering an interpretive program to the public and visiting colleagues, according to a Park Service statement.

“Participating in helping to mark where this dramatic trajectory of my own life, combined with others of my generation, will influence the future through the footprints we left behind has been incredible,” said the ranger.

Soskin’s interpretive programs at Richmond Park have illuminated the history of African Americans and other people of color, and his efforts demonstrate how his work has impacted how the Park Service conveys that history to the public across the United States, the agency said.

“Betty has had a profound impact on the National Park Service and the way we carry out our mission,” Park Service Director Chuck Sams said in a written statement. “His efforts remind us that we must seek out and give space to all perspectives so that we can tell a more complete and inclusive story of our nation.”

At the beginning of the 2000’s, Soskin participated in scoping meetings with the City of Richmond and the National Park Service to develop the overall management plan for Rosie the Riveter/WWII Home Front National Historic Park. She worked with the park service on a grant funded by Pacific Gas & Electric to uncover untold stories of African Americans on the home front during World War II, which led to a temporary position working with the service. at the age of 84.

“Being a primary source in sharing this story – my story – and shaping a new national park has been exciting and fulfilling,” Soskin said. “It turned out to give meaning to my later years.”

In 2011, Soskin became a permanent employee of the National Park Service and has since run public programs and shares her personal memories and observations at the park’s visitor center.

Later, in 2015, she was selected by the park service to participate in a national tree lighting ceremony at the White House and to introduce President Barack Obama on national television.

Soskin suffered a stroke in 2019 and spent months in physiotherapy. She returned to work in 2020, just before the COVID-19 pandemic hit.

The 100-year-old ranger grew up in an African-American Cajun-Creole family that moved to Oakland after a 1927 flood devastated New Orleans, according to her biography. His family “followed the pattern set by black railroad workers who discovered the West Coast while serving as sleeping car porters, waiters and chefs for the Southern Pacific and Santa Fe railroads: they settled at the western end of their path where life might be less impacted by hostility from the south.

In a 2015 interview with the US Department of the Interior, Soskin said her great-grandmother was born into slavery in 1846 and lived to be 102.

During World War II, Soskin worked in a separate union hall as a file clerk. In 1945, she and her husband, Mel Reid, founded one of the first black-owned music stores, Reid’s Records, which closed in 2019.

Learn about Soskin’s history and watch its recorded programs.

State officials have gauged VCU’s interest in the training camp site, but have not entered into talks | Education