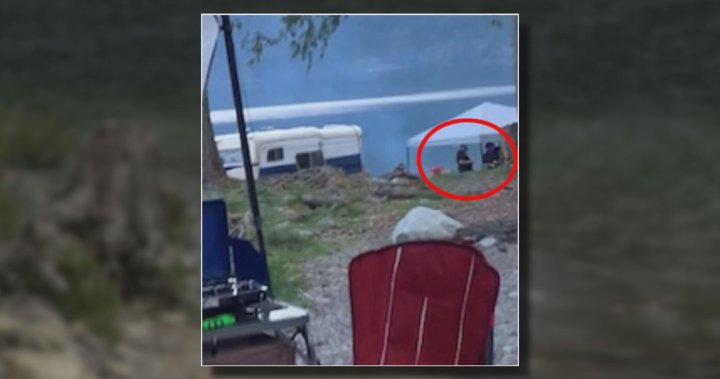 
A family from British Columbia tells the disturbing story of a violent encounter at a campground in the Fraser Valley.

Charmaine Joseph says she was at a campsite in Chehalis Lake with her two children and her fiance when someone started shooting a pellet gun in their direction.

Joseph’s fiance, BB Sodhi, said the campers claimed they were shooting tin cans, “but there was nothing between them” and the campers.

The story continues under the ad

Joseph said the situation worsened from there.

“This fellow came out of nowhere, took out a machete and put it against my throat,” she said. “At that point, I just put my hands between them and pushed him away.”

They say they quickly left the campsite and encountered two RCMP officers on the way out. Joseph said the RCMP told them it would be fixed the next day.

“They weren’t worried about the public,” she said. “They didn’t come down to talk to witnesses or gather evidence. It was just, we’ll leave it for the morning.

The RCMP issued a press release over a week later asking witnesses to come forward.

One suspect is described as a man in his late 30s to early 40s, six feet tall with a black beard and shoulder length black hair.

The story continues under the ad

A second suspect is described as a bald man with a black goatee. He is believed to be around 40 years old and weighs around 250-300 pounds.

RCMP said this was the second incident of violence and threats at an area campsite, and officers stepped up patrols.

Joseph and Sodhi say the incident deeply affected their children.

“They are definitely traumatized. They won’t go camping anymore, ”said Joseph. “They said they refused to go.

PHOTOS: Playground included Arch Street Park A joy for all