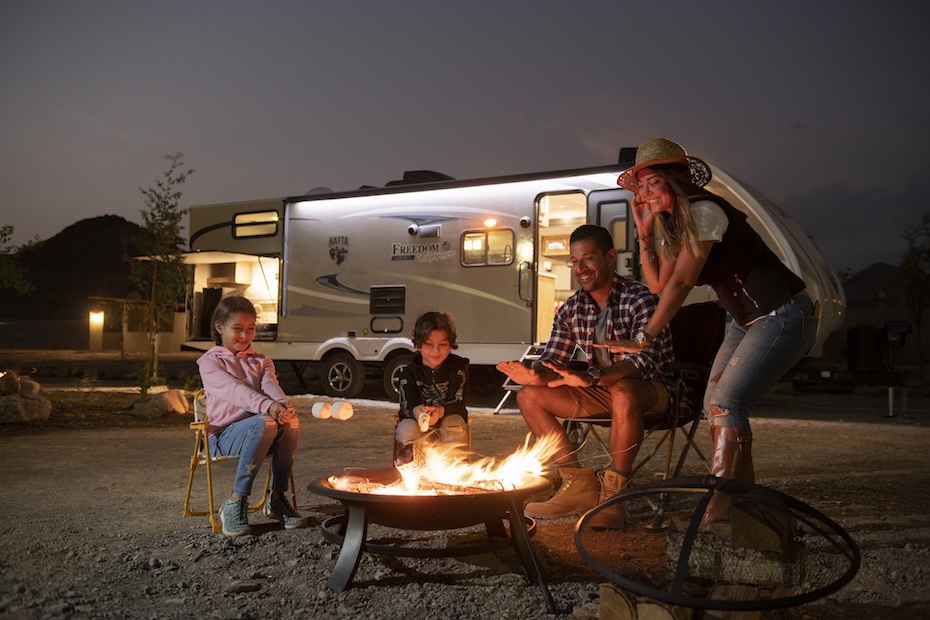 Investment firm Dubai Holding has announced that the fourth season of Hatta Resorts and Hatta Wadi Hub will reopen to the public from October 1, 2021 to April 30, 2022, and will see the addition of the region’s first luxury caravan park.

Hatta Caravan Park will feature 11 luxury bespoke caravans, with amenities such as a TV, kitchenette and WiFi access. Each caravan can accommodate up to two adults and two-three children. The prices of these caravans start from 1350 Dhs per night.

Besides the Caravan Park, the site will also see the addition of Hatta Dome Park this year which will offer glamping experiences. It includes 15 permanent luxury dome-shaped tents that can accommodate two adults and two children.

.@dubaiholding announces that its highly anticipated fourth season of Hatta Resorts and Hatta Wadi Hub will open to the public on October 1, 2021 and run through April 30, 2022.https://t.co/cL053yL8NI pic.twitter.com/mLE7VykOLe

This season, the Hatta Inflatable Obstacle Course will open its doors and be the largest inflatable obstacle course in the region. It extends over a distance of 500 m. Hatta Wadi Hub also introduced Rovers, new 4-wheel off-road electric scooters, allowing customers to explore rocky terrain. Electric bikes will also be available on site.

Some of last season’s most popular activities will return, including Twin Zipline with two lines to travel 350 meters from the top of the mountain directly to the Wadi activity; Hatta Drop In, a one-of-a-kind experience that combines water sliding with donuts, skis and body boards; Cannon, a human slingshot designed to reach speeds of nearly 100 km / h; and Tube Sliding which allows users to descend the hill on a tube.

The Hatta Hiking Trails are a set of 32.6 kilometer trekking routes. The trails, which start from the Hatta Wadi Hub, include four color-coded routes of varying difficulty levels, for beginners to experienced hikers and all-terrain runners.

Dubai Holding is involved in the development of Hatta’s entrepreneurial ecosystem and supports the local culture and creative community through a strategic partnership with Dubai Culture.

Hatta Resorts and Hatta Wadi Hub have welcomed over 1.1 million visitors from over 120 nationalities to date since opening to the public in 2018. The third season saw a 105% increase in attendance over the season previous and a 5 percent increase in station occupancy, with a strong overall occupancy of 98 percent.