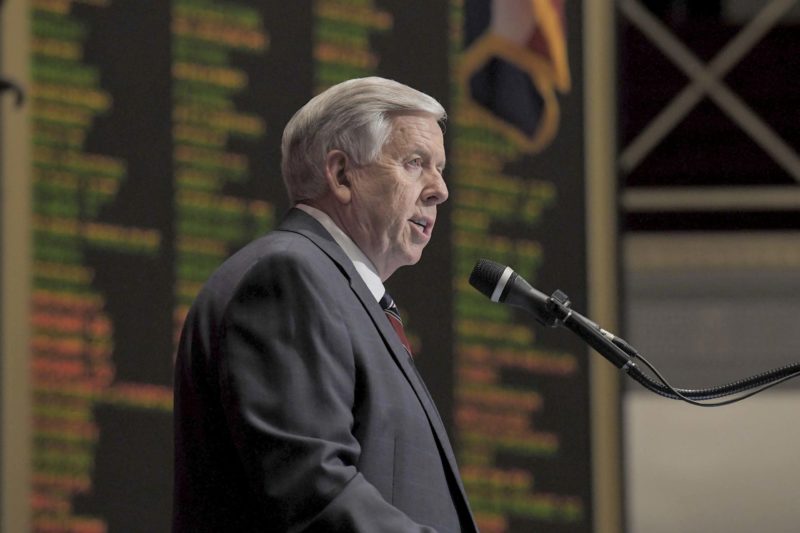 Governor Mike Parson has presented a $47 billion budget proposal for the next fiscal year. The plan represents an increase of about $12 billion over the current fiscal year’s budget, much of it made up of a stream of federal dollars and new revenue.

Parson released his budget Wednesday during his annual state of the state address. It is now up to the Missouri legislature to decide which elements of the governor’s budget plan they will support and which elements they will modify.

The governor has spent a lot of time talking about workforce development – one of his priorities since taking office in 2018.

“Whether you live in the Bootheel, the Ozarks, St. Louis, Kansas City, or anywhere in the state, our relentless focus on workforce development and infrastructure is paying dividends for all Missourians. said Parson. “We are experiencing economic success, but with 116,000 job openings statewide, now more than ever, it is important to double down on workforce development and upskill our workers to fill these job vacancies. . Whether it’s our small towns, our big cities, or anywhere in between, Missouri is open for business…and business is good. The bottom line is that Missouri’s economy is strong. We will make investments in the future because in Missouri we took a common sense approach to the pandemic, never closed businesses, and always had a conservative, balanced budget.

“In a short time, and despite the pandemic, our Fast Track program has seen a 65% increase in participants in 2021. To our surprise, 80% of beneficiaries are women and 50% are first-generation students . Additionally, over 50% are enrolled in health care programs, which has become a blessing considering the past 22 months,” Parson said.

Here are some of the key elements of Parson’s budget request to state lawmakers:

* $228 million to provide a pay raise for state employees. This includes a minimum wage of $15/hr and a cost of living adjustment of 5.5%. Missouri has one of the lowest paid public work forces in the country. State Budget Director Dan Haug said Missouri has about 4,500 vacancies in the state.

*$126 million to modernize the state’s IT infrastructure.

$95 million to support small businesses by giving them access to capital financing to invest in new businesses.

*$75 million for the transportation cost-sharing program for local infrastructure projects.

* $69 million to begin construction of the Rock Island Trail, which the governor says will become the largest circular rail-to-trail network in the United States.

* $51.6 million increase in base funding for the state’s four-year institutions, community colleges and the State Technical College of Missouri.

* $43 million for a new arena at the Missouri State Fair in Sedalia and 600 new campsites on the fairgrounds to attract national events.

*$34 million to increase telehealth and telemedicine services in rural communities and construction of a new multi-agency health laboratory.

$26.2 million to expand meals and other support services provided by regional agencies on aging.

$23 million to increase support for Missouri veterans and the state’s seven veterans homes.

* $22 million to increase the base salary of K-12 Missouri public school teachers. Under Parson’s plan, the state would fund 70% of the funds needed for districts to raise their teachers’ base salaries to $38,000 and the district would provide the remaining 30%. Missouri teachers’ starting salary of $25,000 has not been raised for about 16 years.

* $20 million for the 57 career centers in the state region.

* $11 million to improve the Peace Officer Standards and Training (POST) Academies and provide more scholarships for law enforcement officers who obtain their certification.

* $4.2 million to double the capacity of Missouri’s six autism centers to help more families meet the challenges of autism diagnosis and treatment as well as reduce wait times for families in need of services.

$1.2 million to streamline communication systems to quickly notify law enforcement and victims of violent crime of changes in an offender’s custody status.

* $590,000 and 12 staff to provide investigative and paralegal support to the Missouri Public Defender System.

* Transfer operations from Western Missouri Correctional Center in Cameron to the other prison there – Crossroads Correctional Center. In 2019, Missouri consolidated the two northwestern Missouri prisons to help improve staffing. With the prison population shrinking, the Missouri Department of Corrections says it may move operations from the larger prison to the smaller Crossroads prison, which is a newer, more modern institution.