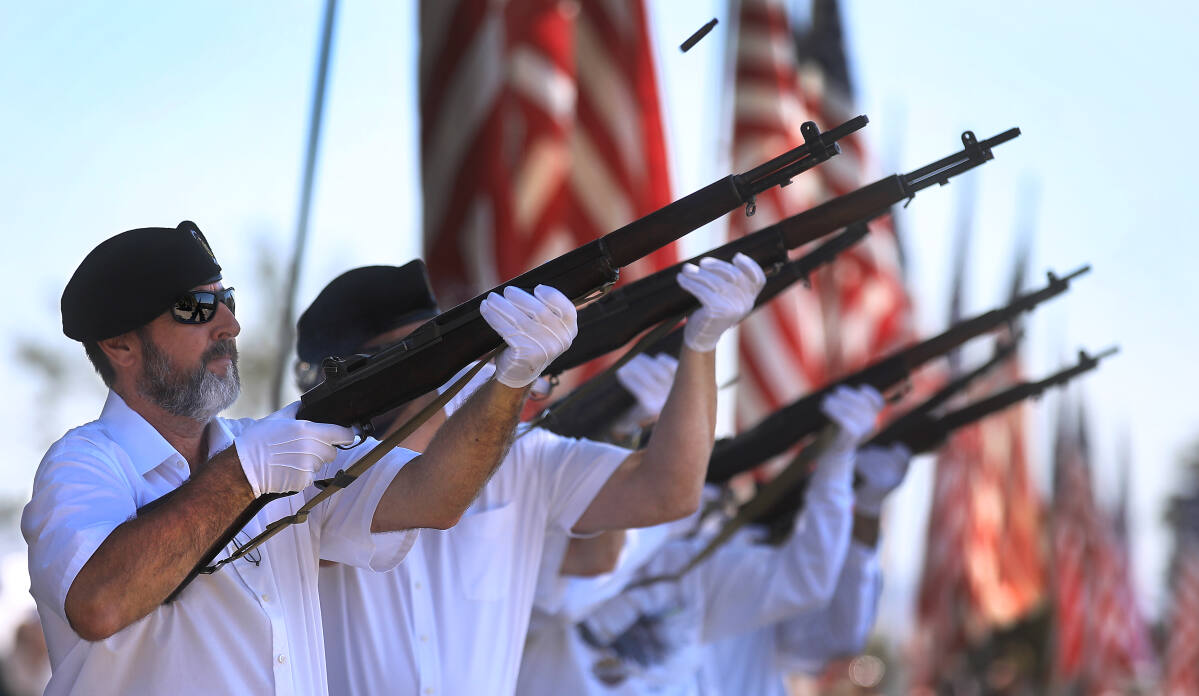 Memorial Day crowds honor the dead in service to Petaluma


Those attending Monday’s Memorial Day service at Cypress Hill Memorial Park in Petaluma were mostly long gone when John McNees sat down on a low, crumbling concrete wall, finding a corner of shade and a moment of calm to remember his fallen comrades.

“I prefer to come here when it’s calm and I can think and contemplate,” said the US Army veteran.

In quiet moments, he added, he dwells on “the kind of sacrifice our country expects from its young people when our survival is at stake.”

Born in Hawaii and raised in Southern California, McNees, 76, was drafted into the United States Army and sent to Southeast Asia to join the notorious 101st Airborne Division, with which he served for the Vietnam War from 1968 to 1969.

The battalion he joined had suffered heavy losses by then, losing 235 men in two years in the war.

“I was posted there to fill the ranks because they had lost so many men,” McNees said. “We say men, but they were boys. You wonder if you survived when others didn’t.

In total, the division suffered more than 20,000 deaths or injuries during the war, according to a unit history. It is the deaths of these men and women, and others like them, in other wars that draw McNees to the hillside cemetery in northern Petaluma every Memorial Day.

He also thinks of the parents left behind, some of whom he says have approached him on days like today, while he is wearing his airborne infantry hat. Some of those conversations about lost loved ones ended in tears, he said.

Earlier in the morning, a crowd of 150, including many relatives of the dead, gathered for the national anthem, a 21 rifle salute from the American Legion Post’s All Service Rifle Guard 28 and a interpretation of “Taps” by Rodney Clark, veteran of the US Coast Guard.

“Most of us will never be in a situation where we have been asked to risk everything for others,” Barrett said. “This is what makes so many of us here today grateful to those who, when needed, served and died so that others could continue to live.”

Last year, Petaluma did not hold its traditional Memorial Day service due to the pandemic.

This year, masks and social distancing were encouraged. Still, the outdoor event continued as it had done in years past.

Petaluma Boy Scouts of America Troop 74 gathered at Cypress Hill Memorial Park at 7:30 a.m. Monday morning to raise and place hundreds of flags, some on poles along the cemetery roads and others on graves in the veterans section of the park.

Linda Dunlap, who remained after the ceremony near the grave of a relative killed in World War II, said it was a relief to see sizable crowds returning to the park as the COVID pandemic ended. 19.

“It’s just a blessing to see that our country is still in good hands and people still care about those who gave their lives,” she said.

“It’s a matter of gratitude,” added her husband, US Army veteran Shelby Dunlap.