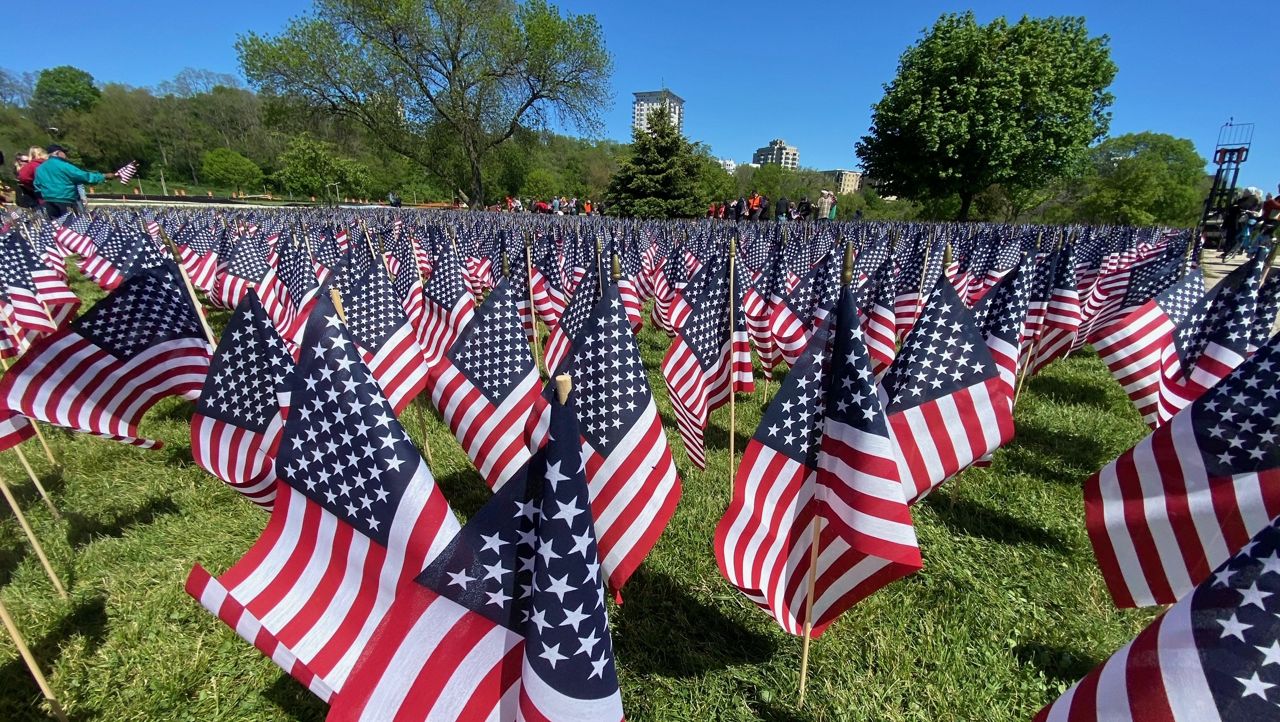 
MILWAUKEE – John Henschel knows what it means to serve his country.

On Saturday, he continued to help serve, volunteering his time to honor his siblings who have passed away over the past 20 years.

“I’m lined up, so my job is to put these flags up, straight, top to bottom, and work with my big brother here to get the board in and hold the flags,” Henschel said of his duties. Saturday morning.

He was one of hundreds of Veterans Park volunteers on Saturday who worked to place 7,056 flags in the ground before Memorial Day.

Each flag represents each member of the armed service who has died in the service of our country since the terrorist attacks of September 11, 2001.

Emily King has two brothers who have served in Afghanistan since these attacks. She said helping to put the flags in place was a no-brainer.

“My brothers are in the military and I don’t want anyone to ever forget someone who was killed in action while serving for our country,” King said.

This is the second year of this “Fields of Flags” event with the War Memorial Center.

Last year it was delayed until September due to COVID-19. Last year the flags honored those from Milwaukee who died in World War II.

The idea for the Field of Flags came from something similar happening in Boston, which the president of the War Memorial Center got to see with his wife.

Buttery wants to continue this event every Memorial Day to honor the dead from different wars each year.

After seeing the number of people who wanted to help place flags this year, Henshel believes this flag field may be a standout Memorial Day event in Milwaukee.

You can see the flag field until Tuesday.

Ranking of the best family campsites in England