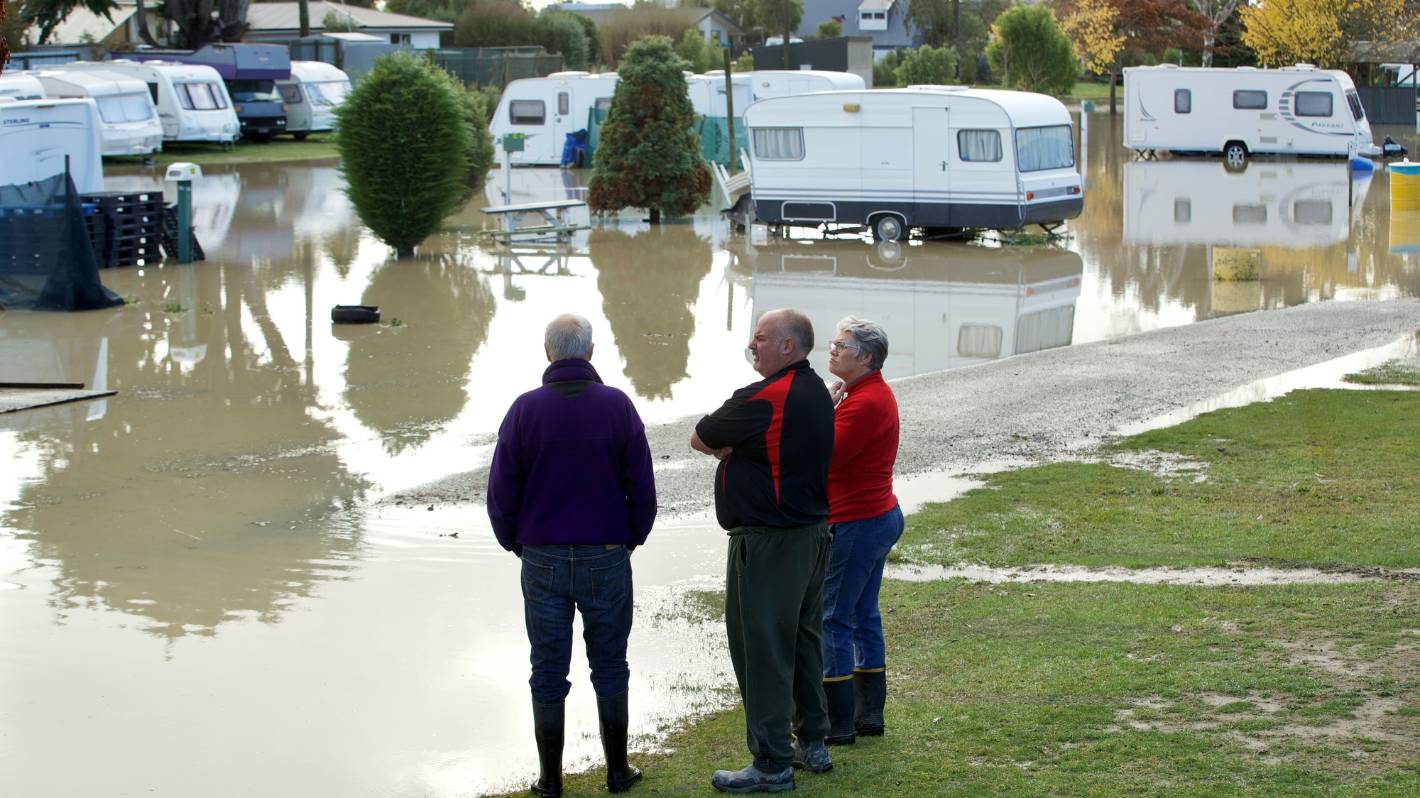 
There were tears, hugs and lots of muffins after Waikuku Holiday Park owners Rex and Debbie Jefcoate saw 16 years of hard work go to waste.

With a hundred sites underwater, including 20 permanent trailers, the couple could only see water breaking over the banks of the Ashley River to the northern end of their North Park. Canterbury Sunday evening.

Clearly devastated, the couple assessed the damage alongside Waimakariri Mayor Dan Gordon this morning and waited for the water to calm down to assess the true extent of the damage.

A steady stream of visitors was also at the park, offering support, help, and home baking to the couple.

Having had only slight surface flooding in the past, the couple were “amazed” by the amount of precipitation and believed that there was nothing they could have done to prevent water from entering the river. Park.

They were encouraged by the response from the community and received numerous overnight support emails and a phone call from their insurance agent on Tuesday morning.

Debris, including trailer decks, had been strewn around the park, but Rex Jefcoate was unsure of the cost of the cleanup.

The park was still open, with the south side unaffected, he said.

Mayor Dan Gordon said council would offer “any support possible” to help the couple get back on their feet.

He said most of the Waimakariri region was in fear and at this point no bridges had been compromised.

“The safety of our employees has been our first priority.”

Memorial Day crowds honor the dead in service to Petaluma