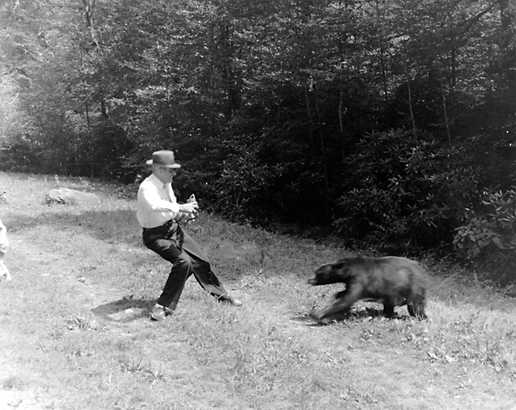 KNOXVILLE, Tennessee (WATE) – As we approach the end of the year, take a look back in time at Great Smoky Mountains National Park. Getting a national park into the Smoky Mountains wasn’t a quick process. The idea began in the late 1890s according to the National Park Service.

In May 1926, a bill was signed by President Calvin Coolidge which provided for the creation of the Great Smoky Mountains National Park and the Shenandoah National Park. By 1928, enough money had been raised to purchase the park land. However, the purchase of the land was difficult.

The creation of the park meant that hundreds of families were asked to leave their homes. According to the National Park Service, some went there voluntarily and others fought against it, but most of the families moved immediately.

Those who were too old or too sick to move were granted leases for life. This includes the Walker sisters, who lived in the park until their deaths in the 1960s. Others were granted short-term leases. However, they could not chop wood, hunt, and trap at will as they previously did.

The park was officially opened in September 1940. President Franklin Roosevelt spoke from the Rockefeller Memorial at Newfound Gap, straddling the Tennessee-North Carolina border.

To learn more about the history of the park, Click here.

Care system “unsuitable for purpose” and putting thousands of children at risk of exploitation, report says