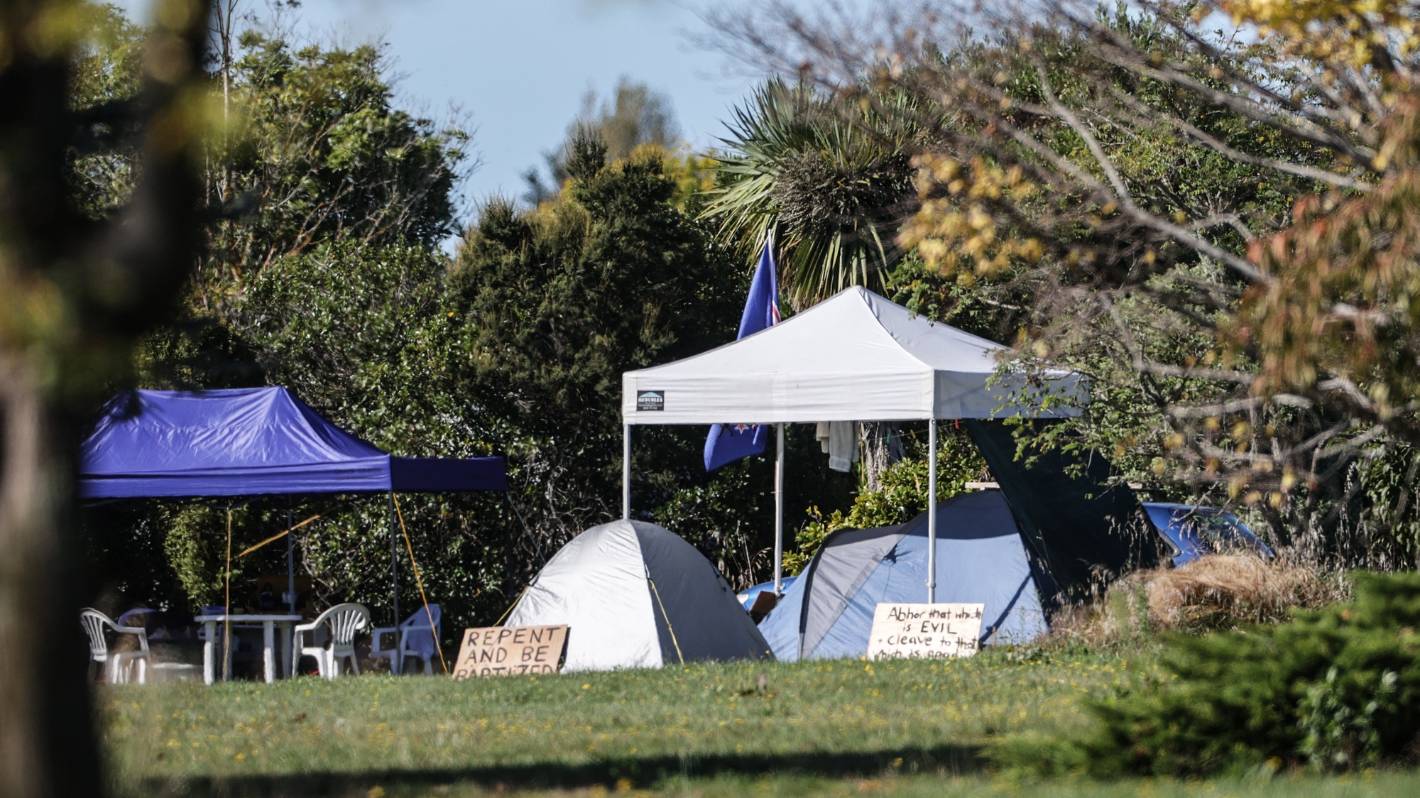 Christchurch City Council said around 12 people left behind in the Christchurch red zone occupation have been asked to leave twice. (File photo)

Occupants of Christchurch’s red zone ‘freedom village’ have twice been told to move out by the city council.

About 12 people stayed at the campsite, between Brooker Ave, Dunair Dr and New Brighton Rd.

Christchurch City Council parks chief Andrew Rutledge said they were asked to leave on Friday last week, and again on Wednesday after claiming they had not seen the first departure instruction.

“We have confirmed that we will not be entering into broader discussions with the group regarding their claims of legitimate occupation of the site.”

READ MORE:
* Mid-Canterbury home left uninhabitable by kitchen fire
* Christchurch home destroyed by suspicious late evening fire
* Warning about overloaded or defective multi-boxes after a fire spread from a shed to a house

Council staff, backed by police, would continue to meet with the group to expedite a peaceful resolution to the situation, Rutledge said.

The council had received 31 complaints about the occupation as of Thursday.

On Wednesday, a second car was gutted in a suspicious fire near the occupation.

Firefighters were called to Stour Drive, in the Burwood part of the former residential Red Zone, shortly after 9 p.m.

He was considered a suspect and had been referred to the police.

On April 9, firefighters were called to the same stretch of road after a suspicious car fire.

Crews arrived to find a car well involved in the fire, which had spread to a nearby tree.

Both were within 100 yards of the campsite, which first appeared earlier this month.

Some at the site are believed to have previously been at the Cranmer Square anti-warrant camp in central Christchurch.

The occupation drew the ire of locals and iwi, who accused them of “anti-social” and “aggressive” behavior towards residents, and of making “a clear attack on the authority of Ngāi Tūāhuriri'”, who holds the whenua mana status on earth.

Christchurch City Council declared it in breach of its statutes and around half the group left after being questioned by staff.