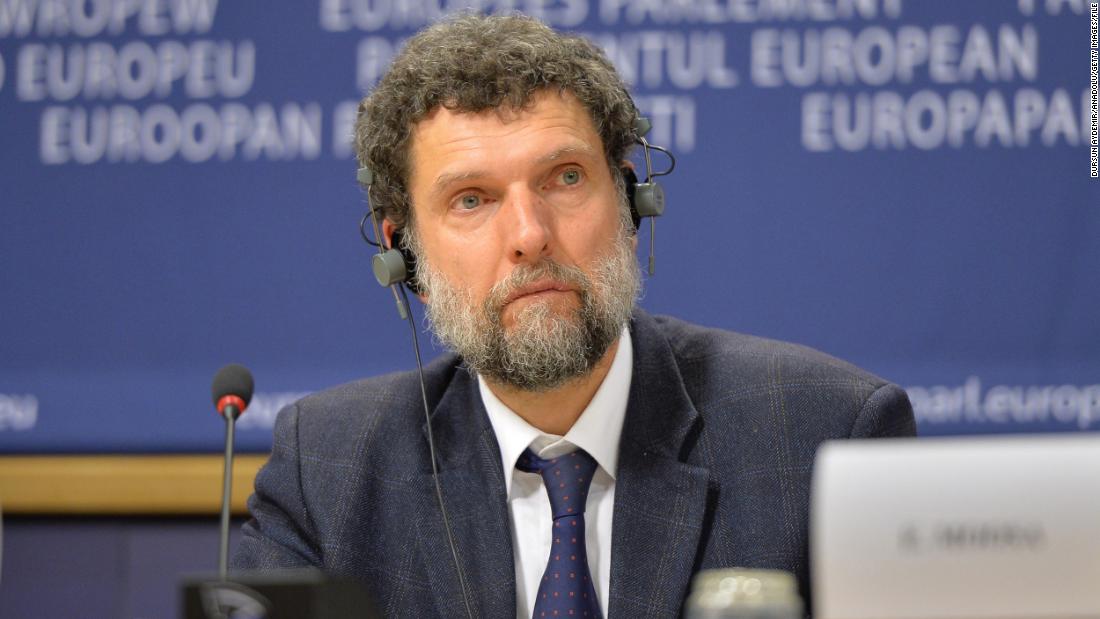 Kavala was condemned in connection with the 2013 anti-government protests in Turkey, which began with a plan to turn a small park in central Istanbul into a shopping mall this summer.

The protests quickly turned into larger anti-government rallies across Turkey. The court also sentenced seven other defendants to 18-year prison terms for helping to try to overthrow the government. Among them were 71-year-old architect Mucella Yapici, Istanbul Municipality planner Tayfun Kahraman and documentary filmmaker Cigdem Mater.

Istanbul’s 13th Criminal Court ordered the activists, who had not been arrested before the trial, to be immediately arrested, Anadolu reported.

Kavala, his lawyers, other defendants and their attorneys have repeatedly denied the charges, saying prosecutors lacked evidence to support the claims. They should also appeal the verdict.

Kavala, 64, is among Turkey’s most prominent inmates.

He was first arrested in 2017 on charges related to the 2013 Gezi Park protests in Istanbul. The trial was closely watched by rights groups, who accused the Turkish government of using the justice system to suppress dissenting voices.

Although Kavala was acquitted in 2020, that verdict was overturned and new charges were brought against him for his alleged involvement in the July 2016 coup attempt, which resulted in the deaths of at least 250 people. and a subsequent crackdown that saw more than 110,000 people including civil servants, teachers, activists and journalists detained.

“Today we have witnessed a travesty of justice of spectacular proportions. This verdict deals a devastating blow not only to Osman Kavala, his co-defendants and their families, but to all those who believe in justice and justice. human rights activism in Turkey and beyond,” Amnesty said in a statement.

Kavala’s arrest strained the Turkish government’s relationship with the West when 10 ambassadors, including the United States, France and Germany, issued a statement demanding his freedom and Turkish President Recep Tayyip Erdogan declared them “persona non grata”.

In February, Europe’s highest human rights body, the Council of Europe, launched infringement proceedings against Turkey for refusing to comply with a ruling by the European Court of Human Rights. man, who demanded the release of Kavala on the grounds that his rights had been violated.

In a statement released on Monday, two European Parliament ministers following the decision said: “This regrettable decision by the 13th Heavy Criminal Court in Istanbul is a clear disregard for the decisions of the European Court of Human Rights and will certainly have consequences in the infringement proceedings pending at the Council of Europe.

The European Parliament’s permanent rapporteur for Turkey, Nacho Sánchez Amor, and Sergey Lagodinsky, chairman of the EU-Turkey parliamentary delegation, expressed their solidarity with Kavala, the other defendants and their families in their statement.

“(It is a) very sad day not only for them but also for those who defend fundamental rights and the rule of law in Turkey on a daily basis and for all those who wish to see the country closer to the EU. Obviously that’s not the way to do it,” they said.

“There is little or no European perspective for the current Turkey, which is moving away from the international consensus on a rules-based order while failing to live up to its own international commitments,” they added.