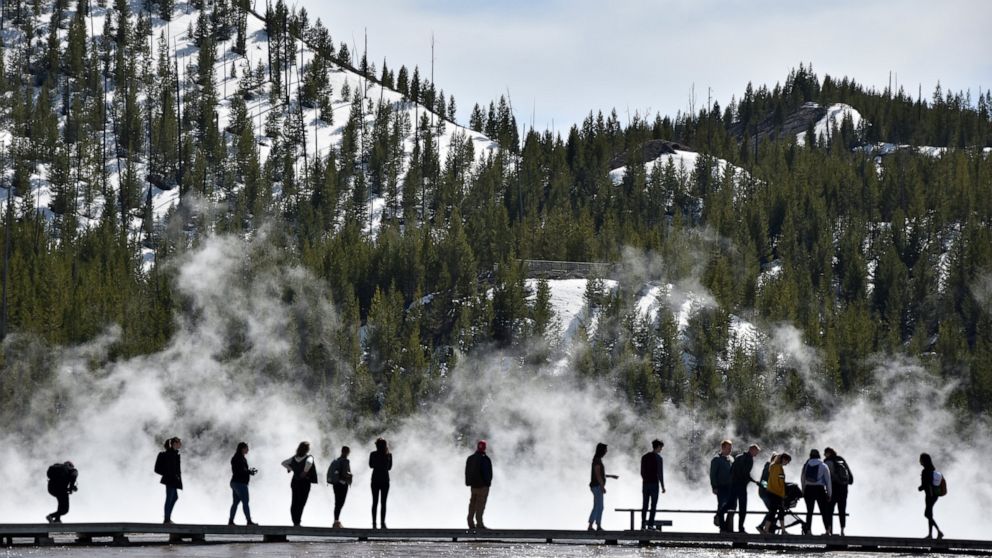 Known worldwide for its wolves, bears, and other wildlife and thermal features such as the Old Faithful Geyser, Yellowstone will celebrate its 150th anniversary in 2022. It straddles the borders of northwest Wyoming, southern Montana, and from eastern Idaho.

Visitation to national parks in the United States has increased in recent years. Others, like Zion National Park in Utah, also set new visitor records in 2021 as tourism rebounded from closures imposed at the start of the pandemic.

In Yellowstone, a rush of people from May to September last year strained park employees and services. It came as the park was understaffed throughout the summer due to worker housing caps and difficulty recruiting new employees, park officials said.

There were also 20% fewer campsites and hotel rooms in 2021 compared to previous years. This meant that hundreds of thousands of visitors left the park at night and returned after staying elsewhere. Each entry into the park counted as a separate visit.

Park officials said they are trying to find a way to differentiate between return visitors and people who enter the park multiple times on the same trip.

Yellowstone’s road corridors and parking lots can be crowded, but they make up less than a tenth of 1% of its 3,400 square miles (8,903 square kilometers) – an area about 150 times the size of the island of Manhattan in New York.

Most visitors stay within half a mile of these roads, according to park officials. Visitation to the park drops dramatically in winter, when much of it is inaccessible except by snowmobile or ski.